Forgiveness is not about letting anyone off the hook, it is not saying that what happened to you was ok. It is not saying that you accept the person who wronged you or need to suddenly find love for that person. Forgiveness, in my opinion is releasing emotions and energy that keeps you tied to a person or persons.

Forgiveness is letting go of the hurt that limits your ability to live your life fully. It might mean you need to walk right out of someone’s life and let them go without guilt. Forgiveness may require you to love your family from a distance.

Forgiveness removes the charge around the offender or event to gain a more balanced view. It gives you more freedom to be your authentic self, unencumbered by painful memories. Forgiveness meaning you are in the drivers seat of your life.

Forgiveness is a powerful tool that releases you from living in a state of anger, resentfulness, and vengeance which comes at a price.

Unforgivness keeps you tied to a person or event that continuously drains your energy, time and quality of life. Unforgiveness has a detrimental impact on your physical and emotional health as well as your relationships, your ability to be happy and productive human being.

The act of forgiveness is like cutting cords that connects you to an event, memory or person. It sets you free and releases you from an unwanted bond. While you hold on to resentments or wounds attached to a person or event, you remain tied to them.

In my opinion, there two forms if forgiveness one that works and one that doesn’t.

Forgiveness of the mind is the understanding that forgiveness is necessary but it is just words until you connect and feel it in your heart. I found in my own journey I was blessed with many experiences that helped me understand the nature of forgiveness. I spent decades working through my childhood wounds and thought I had forgiven the people who were part of the wounding.

I remember driving in my car one day when a news report came over the radio about a local park which coincidentally I was passing at the time announcing a child had being sexually abused in the park. The child was lured away from his family in the park and led into some nearby bushes. I remember feeling enraged and consumed with anger and then it dawned on me that every time I hear something like this, my emotions become completely inflamed. I was furious that this happened and felt agitated and vulnerable. It dawned on me that by reacting so powerfully to news items like this that I was still attached to my own memories. I realised that the forgiveness that I understood intellectually wasn’t enough nor complete.

Before I learnt to forgive from the heart, my focus would be on the abuser and I would feel anger and feel enraged when something triggered me. I realised the only emotion I should have is one of neutrality and empathy for the victim and not focus all my energy on the perpetrator.

The saying “what you focus on expands” helped me refocus my energy on something more worthwhile. This insight helped me find a way to forgive others including my mother and other people who I thought I had previously forgiven.

If your wounds are still a part of your life narrative, if when you talk about it all the emotions connected to the event resurface, then forgiveness is not complete. There is still too much energy locked in and focussed on the past trauma.

When you can speak of your story and it has no sting in its tail, then forgiveness is complete. When emotions are still high or you feel the pain or grief then realise there is a deeper form of forgiveness that you need to engage.

Forgiveness from the heart removes the pain from the present moment, it neutralises the energy connected to the memory. The wrong was still committed but now there is an ability to detached from the memory and move on with your life.

True forgiveness from the heart means when you enter a room your wounds don’t arrive five minutes before you.

Published by Stella - My Yoga Elixir

My Yoga Elixir is a Melbourne based Mobile Yoga Studio that conducts classes in peoples homes, workplaces, parks and health clubs and yoga studios. I run regular private classes in Caulfield, Brighton, Toorak, Elsternwick, Hampton and Elwood. You can contact me at myyogaelixir@gmail.com Or call Stella on 0401500911. View all posts by Stella - My Yoga Elixir 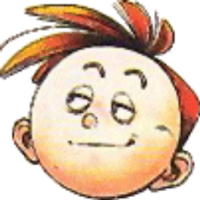 A wizard is never late, nor is he early. He reviews stuff precisely when he means to.

Welcome to your new home on WordPress.com

Life Is A Journey... Not A Guided Tour

My Journey From Merchant Mariner to Mother, And Spiritual Being.

Living Life in Between

A Blog About Spiritual Transformation

The Great Adventure Of Awakening